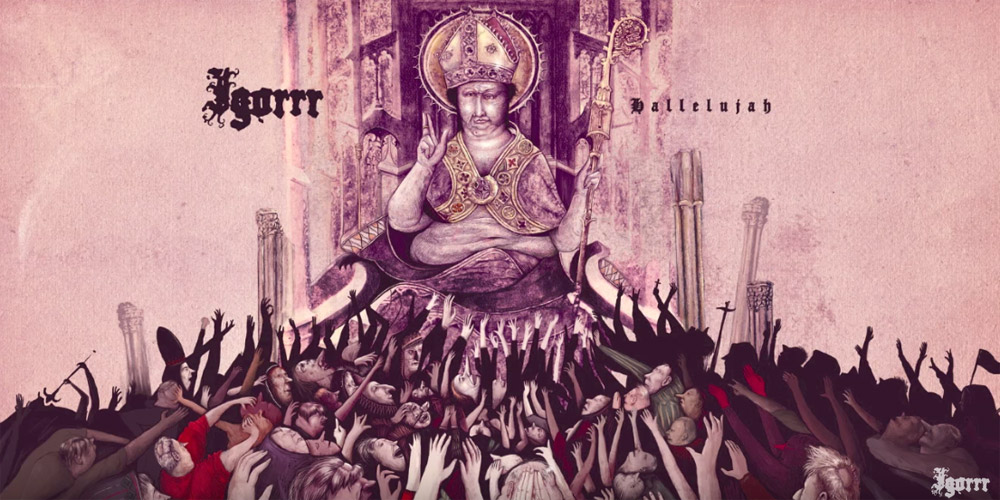 Here’s what you would hear from a nice, cheesy movie:

That’s just a movie’s guilty opinion, and I will just keep it as it is…

Let’s try to consider our contemporary definition of music: We had a Romantic period, we had a Neoclassical period, we had the beginning of an expressionism of music with the Electronic Music’s invention, thanks to Futurism (around 1914). From there on, music has been completely renewed, equally as a medium of expression, as a crafted art, as a social medium and regarding technological tools, of production and reproduction, with all their implications.
Well, we can say Jazz was born in the middle of all of this. Maybe, just maybe, we can say that Jazz was just a new outlook on that type of artistic, improvising process that gave birth to the whole contemporary revolutionary change in conceiving music. Maybe.

Follow me, please… now we make a big hop:

Frankenstein’s monster. Yup, the old corpsey big boy, the one that was sawed up, electrified, and given birth to by Doctor Frankenstein, that genial fellow.
Everybody should know what’s behind this literature, that its mother, the romantic writer Mary Shelley, put on paper for the first time: Frankenstein’s monster is the ultimate product of men’s will to dominate nature, life, the creation act itself. It’s the embodiment of the human progress: not an ideal one, but just a metaphor of a real, pragmatic, ultimate one. The progress as a monster: as a success: a fearsome misunderstood success; and whatever people don’t understand, they misread, misuse, hate, try to destroy.
The progress as a well-built miracle that will necessarily be condemned to an existence as a mean of destruction, disorder, desperation. That’s what being a Frankenstein monster is, that’s what Frankenstein monster represents.

Pardon me, though: we didn’t finish here.

Baroque. Everybody knows Baroque.
In an age of severe religion reform, after all the arts had been constricted in the narrow code of beauty as high moral, pious, religious and canonical perfection, some creative minds were fucking sick of it all. Lots and lots started to sarcastically use, exasperate and misuse those fixed codes with the aim of creating provocative pieces of nonsense and disgraceful ugliness.
At first slowly, then mastering the market, products of art transformed into an embodiment of that age’s complex perception: confusion, mortality, fullness, hedonistic exhaustion, subtle pleasure over pure cerebral tricks.

We are quite there now: hang on.

Now, we are the centuries’ grandchildren of an aesthetically perfect musical standard. Lots and lots started to appreciate the dissonant byproduct of that type of creation, a dissonance of harmony, a frenzied alternation of rhythms. That meant Jazz, and everything that started there reaching every research point, and beyond. Lots and lots, everyday more, appreciate the dismembering of any melodic, musical standard: that means rhythm, structure, sounds as frequencies. That means Electro, Techno, and whatever you call all that.

Try to imagine: imagine a music that wants to express that whole concept. If Mary Shelley would have been a composer, how would she had engraved her monster on a pentagram?

Igor helped Doctor Frankenstein for his terrible creation. Igorrr, though, did more.
He is operating electronic devices, using limbs of old folk instruments. He gives life with bolting impulses: frequencies, following the sequences of classical pentagrams. The mind of the monster works frenetically, with the violent uncontrollable rhythm of Grindcore, in a world perceived as chaotic, cynical, delusional: thus, the frustrated scream of the blackest Metal, and the growling of sufferance; thus, the deep, dramatic existence expressed as a soul of Opera and Ballad.
But Igorrr is Herr Doktor not: his is the last laugh, the self-humor following the symptoms of a dramatic reality. As a wise freak, giving birth to agony, he takes time to add a sarcastic grin on the monster’s pitiful traits.

Take a sip of Igorrr, if you want…

And what’s all of that, really, if not the expression of contemporary music’s frustration? Music again as an expressive, deceiving, impressionist way of perceive what is felt.
And who is it, this mysterious Doctor that Igorrr is now helping?

Igorrr calls his compositions Baroque.
I declare it the rebirth of music’s corpses from its death by business. I say it’s a Frankenstein music monster.

This is Frankenstein’s Jazz.

This website uses cookies to improve your experience while you navigate through the website. Out of these, the cookies that are categorized as necessary are stored on your browser as they are essential for the working of basic functionalities of the website. We also use third-party cookies that help us analyze and understand how you use this website. These cookies will be stored in your browser only with your consent. You also have the option to opt-out of these cookies. But opting out of some of these cookies may affect your browsing experience.
Necessary immer aktiv
Necessary cookies are absolutely essential for the website to function properly. This category only includes cookies that ensures basic functionalities and security features of the website. These cookies do not store any personal information.
Non-necessary
Any cookies that may not be particularly necessary for the website to function and is used specifically to collect user personal data via analytics, ads, other embedded contents are termed as non-necessary cookies. It is mandatory to procure user consent prior to running these cookies on your website.
SPEICHERN & AKZEPTIEREN